Have you ever considered the psychological impact of moving from 40 years of working or earning an income to retirement? Over the years we have seen many clients successfully retire. The key to their success was planning early and being committed to their plan. But that is not where the journey stops. Below is a fantastic article from our good friend and client Nick Bennett, who is a sought-after performance coach with many large and small businesses. 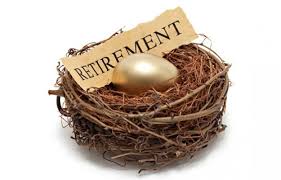 In chatting with a client, the other day – a man in his early 60s, an expert in his field as a go to trouble shooter in an international multi-million-dollar business and dedicated to his work – I asked him what he thought about retirement. It had come up in our conversation, and he acknowledged that it is a real option for him now.

His response was direct and honest. “It’s bloody scary,” he said and went on to describe how he got up every morning with purpose and intention, relishing the challenges with people and technology that demonstrated his skill. He is a man that has lived a life committed to doing his job as well as it could be done. He identifies very strongly with his role and the respect that he has earned and soon at his choice he will separate from all of that and… then what?

What are your plans for when you “retire”? If you’ve got a well-organised strategy to transition from the role you’re in now to the next stage of your life and having a genuine freedom of choice as a reward for all of those years spent working, well done! Very few people do, even though they may have funds invested, property and super set up, the plan isn’t developed. If you do, that makes you one of a small percentage who will carry this out successfully.

When I asked him what was the plan for when it happened he had a good idea of what he wanted to do yet nothing concrete. It was as if, because the event itself was still not real, that he’d get to it closer to the time.

There are a couple of things to consider if you’re in a similar situation. When you finish this part of your life, everything changes. Everything. Your very identity changes if you’ve become so involved in who you are at work that you’ve lost sight of who you are without it.

The security of knowing where you are going to be each day, the regular income that allows you to buy things, fix things, renovate things, travel, upgrade, update etc., all have to be considered based on how long you think you are going to be around and how sensibly you’ve set up your investments and super.

What is going to be worth getting out of bed in the morning? What will make the change not a “retirement” rather an evolution as you take on the next stage of your life with energy and sustained enthusiasm? Who will you be? Find that, get that into a roadmap or plan that you commit to and live a long and successful later life.

You definitely deserve it, and you want to be comfortable doing it.